A vape mod is the power source for your vape kit. The battery inside the mod creates power that heats and vapourises the e-liquid inside your tank. Our extensive range of vape mods includes the latest products from all of the top manufacturers, such as Aspire, Vaporesso and DovPo. Whether you’re looking for a low wattage mod for MTL vaping, or a mod with all the most advanced features for a customised sub ohm vape, there is a device to suit you.

With features ranging from Variable Wattage and Temperature Control, to Bypass or pulse modes, upgrading your mod is the perfect way to personalise your vaping experience. There are plenty of options when it comes to both single battery mods and double battery mods, and there are also a good number of devices with built-in batteries - meaning you won't have to splash out on separate 18650’s or a charger.

A mod or vape device is more than just a housing for a battery. With vape mods being created for users of every experience level, it’s important you are using the right one. Our range of guides not only include recommendations for device types, but also different model types and how to set up your device to best suit your vaping style. 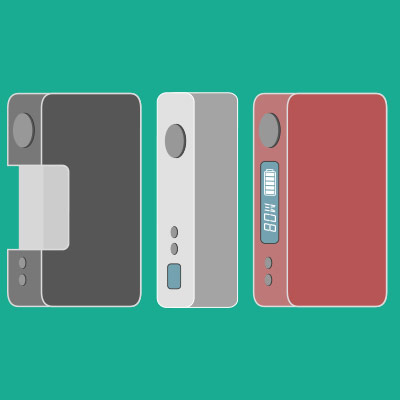 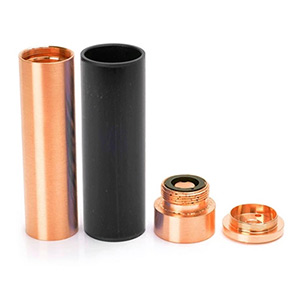 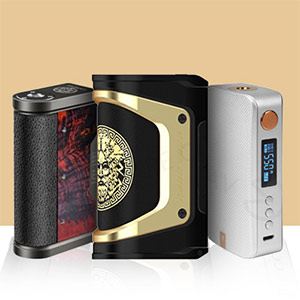 WHAT IS A VAPE MOD?

At its most basic, a vape mod acts as the power source for a vape kit. They generate power that is converted into heat by the coil in your tank, which vaporizes the e-liquid. If you’re new to vaping, rather than buying a mod and tank separately you’re better off buying a vape kit which combines both elements and removes the issue of compatibility.

However, if you’ve already made the switch to vaping and you’ve found a tank you really like, there are several reasons as to why you’d want to purchase a mod separately. For example, certain mods may be more functional, offering you more options to customise performance. There’s also the issue of practicality: your existing mod may have a built-in battery and be coming to the end of its lifespan which means it will need to be replaced. It may also be the case that you want to upgrade your mod to one that features a larger battery capacity, in turn supporting higher wattage vaping or to just last longer. Finally, there’s the issue of aesthetics, it may seem a bit vain but certain mods and tanks go together better than others. Or you may just need a smaller mod for a more discreet set-up.

WHAT IS A REGULATED MOD?

The majority of vape mods are regulated. They get their name from the chipset inside that controls power output and is programmed with safety features. The industry has come a long way and originally all vape mods were unregulated, a small handful still are. These unregulated, or mechanical mods are only ever recommended to the most advanced vaper and require a great deal of knowledge to use safely. The regulated vape mod has no such limitations and is what we recommend to all vapers. It comes in many different forms, with varying features available to suit different vaping styles and experience levels, below we’ll explain the most popular.

WHAT IS VARIABLE WATTAGE AND WHAT ARE THE BENEFITS?

Variable Wattage mode is a quick way to alter the performance of your kit. You’ll be able to decrease or increase wattage levels allowing your mod to be paired with the majority of vape tanks. More than that though, variable wattage mods give you the chance to experiment by varying wattage and subsequently temperature - to find a ‘sweet spot’ of vapour and flavour production. With most e-liquids, particularly the complex blends, you’ll notice a difference in taste at high and lower wattages. Varying wattage output will unlock different flavours and you’ll be able to find a setting that works best for you.

WHAT IS TEMPERATURE CONTROL AND WHAT ARE THE BENEFITS?

Temperature Control mode allows you to set a maximum temperature that your coils can reach to stop them running too hot. This mode can only be used with certain coils, so always check compatibility first. The benefit of temperature control mods is that not only do they remove the risk of prematurely burning out your coils, you can set different temperature levels to experiment with your e-liquids. You’ll find that higher temperatures will produce different flavours than lower temperatures, giving you the option of finding a balance that suits you best.

WHAT IS BYPASS MODE?

Bypass delivers a hard-hitting vape by drawing the maximum power from your batteries. Wattage output is based on the charge level of your batteries and resistance of your coil.

WHAT IS PULSE MODE?

WHAT IS MEMORY MODE?

A built-in memory bank that allows you to save your favourite wattage levels and output combinations. A good choice if you use different tanks and like to switch between them.

WHAT MOD DO I NEED FOR MY TANK?

Matching your mod and tank correctly is very important. To make the right choice there are a few things to consider, these include wattage requirements, tank diameter and tank coil type.

The resistance of your tank’s coil will require a specific wattage output in order to function. With this in mind it’s important that you pick a mod that can produce the right level of power. Luckily the wide range of variable wattage vape mods on offer make this choice easier. For example, a 100W mod will still support coils that require 50W or 75W of power, as the wattage can be turned down. Wattage requirements will be printed on the coils, as a rule of thumb any coil that is below 1.0 Ohm will need at least 40W of power, but we always recommend checking first.

Looks are important, picking a mod that’s too small for your tank can look odd. You will also find that it is more likely to tip over, increasing the risk of breakage or spilling e-liquid. Make sure you match tank and mod diameter - don’t worry both of these measurements are clearly listed for easy pairing. In doing so you will have a kit that looks more stylish and works better.

MODS WITH REMOVABLE BATTERIES VS. MODS WITH BUILT-IN BATTERIES

Vape mods of all kinds will use either built-in or removable batteries. Mods with built-in batteries can be recharged via USB and won’t require you to buy either separate batteries or a special charger. That being said, like all batteries they have a shelf-life, when they can no longer be recharged you will have to replace the entire mod.

Mods with removable batteries are far more versatile. You will need more knowledge surrounding battery safety to use them correctly, but you’ll quickly be able to find a battery that delivers your ideal combination of power and capacity. Thanks to their small size it’s easy to carry around a spare power source, so you’ll never have to worry about running out of charge even if you’re away from home.

There’s plenty to learn about vape mods and the more you know, the easier it will be to pick the one that works best for you. For more information we recommend you check out our beginner’s guide to vape mods for a concise overview of the different types of mod and which will best suit you. For personal recommendations, our customer service team are available to help and are available via phone and email.