What Are The Best Compact Vape Kits To Buy 2021? 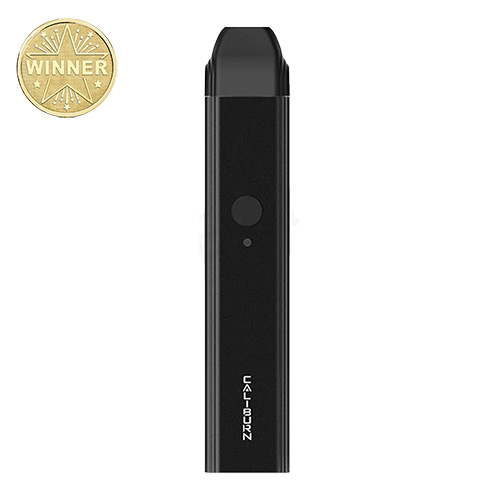 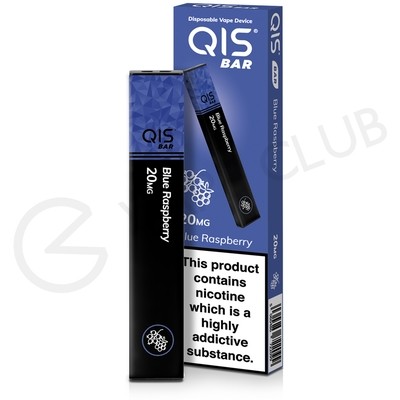 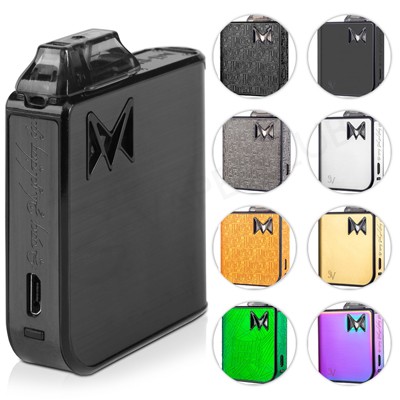 Our guide to the best compact vape kits to buy in 2021 brings you what we and our customers consider to be the best portable kits on the market. Whether you’re a beginner to vaping or an experienced vaper, these vape kits are suited to all skill levels no matter where you’re at in your vaping journey. These kits are also designed for those in search of a stealthy, discreet vape which is pocket-friendly yet doesn’t compromise performance.

Why a top ten list you ask? At the end of the day, we realise the vaping market can be a little saturated and overwhelming at times, so we thought we’d streamline the process for those where time is a commodity. As we sell so many kits we know exactly which ones prove to be the most popular, but this list isn’t just dictated by how much a particular product sells.

We’ve spoken to our loyal customers and listened to what they’ve had to say. As well as these, we also took advice from our team of vaping experts here at Vape Club who know pretty much all there is to know on all aspects of vaping. So you can be safe in the knowledge you’re getting quality advice off of genuine people.

Of course these are merely recommendations and you may find nothing really fits your bill on the list. If this is the case, take a look at our extensive collection of compact vape kits where we’re sure you’ll find something that tickles your fancy.

For now though, here’s our rundown of the top 10 best compact vape kits of 2021:

If we’re being brutally honest, we can’t remember a kit garnering so many amazing reviews and recommendations for a long, long time like the Caliburn. This pod kit, from the esteemed hardware manufacturers Uwell, just gets everything quite right; its sleekness, it’s pocket-friendly pen-style design, its incredible performance, its long-lasting battery. The Caliburn’s draw has become a mythical entity of its own, striking the perfect balance between a loose inhale and a tight, MTL (Mouth To Lung) draw with rich flavour consistently delivered.

We’ve heard directly from many switchers from smoking who have next to no knowledge of vaping that this was the perfect kit in every way, whilst advanced users love the Caliburn so much they have abandoned their more high-tech pieces of sub ohm equipment in favour of it.

Uwell have even released the Koko Caliburn pod kit off the back of the original’s success. It boasts  all of the same features, but is more suited to those who prefer a different form factor as opposed to a pen-style device.

The top spot of this list is well deserved by the Calburn, flying the flag for consistent performance, affordability, compactness and ease of use. Admittedly, the pod cap can be a bit of a nuisance to remove when refilling or changing the pod but apart from that virtually everything is engineered to perfection.

Offering a simpler approach to vaping, the QIS Bar disposable devices require absolutely zero maintenance. This means no recharging, no refilling and no messy coil changes. What’s more, its slim design makes it the ideal choice for vaping on the go. Though small each bar contains enough e-liquid to outlast 20 cigarettes and you can easily carry more than one with you so you’re never caught out.

With such a wide selection of flavours to choose from it’s tricky to pick just one, luckily you can pick up 3 QIS Bars for £10. We’ve gone for the Spearmint flavour for our top ten. It’s a light and simple blend that delivers a cool note throughout. Featuring salt nicotine in either a 10mg or 20mg strength, you’ll experience a smoother throat hit with the QIS - even at higher strengths.

A pocket-friendly kit in a range of flavours that requires no upkeep - what’s not to like?

The vaping industry is inundated with refillable pod devices, but every now and again one just stands out from the crowd. This is exactly what the Mi Pod kit does, providing a rich source of flavour dual to the dual airflow feature coupled with a long-lasting 950mAh built-in battery. You really won’t be able to find a battery this large in such a tiny kit anywhere else.

On the subject of size, the Mi-Pod is essentially one of the smallest devices on the market, able to fit in virtually all pockets with a minute height of under 6cm. Its performance is unparalleled with many users reporting no problems whatsoever with leaking or dry hits, a common problem for many pod kits. This can be attributed to the unique OAS (Oil and Air Separation) System which has proved highly successful for Smoking Vapor.

As well as the standard 1.2 Ohm refillable pods, which employs organic Japanese cotton wick, users also have the option to utilise the refillable 1.5 Ohm Wi Pods which are designed specifically for thick oil distillates such as CBD e-liquids.

Overall, a cracking kit with versatility and style delivered sufficiently.

Smok have forever been known as one of the finest purveyors of vape hardware, whether that be starter kits or the most technically advanced sub ohm devices. The Novo 2 remains one of their most successful releases however, combining an ergonomic Zinc Alloy design with a simple yet highly effective mode of operation. The innovative Novo and Novo 2 refillable pods come in a range of variants including mesh and quartz options from 0.8 Ohm up to 1.5 Ohm resistance. The fixed dual airflow, whilst consistently flavourful, limits customisation somewhat but overall the Novo 2 is dependable, efficient and can be easily transported for a reliable pod kit.

One of the only prefilled pod kits on the list, which admittedly can be rather restrictive, but with the amount of Gusto pod choices available it’s safe to say users aren’t limited. Although it’s been around for a few years now, the Gusto still holds legendary status due to its compact design, durable battery life and firm focus on maximum flavour extraction. Simple to use and maintain, it’s a firm favourite amongst new and experienced vapers and we predict it to feature on many more top 10 lists for years to come.

Again, in similar fashion to the Gusto, this Aspire pod kit has firmly stood the test of time and still remains as popular today as it ever has been. An AIO kit with a low maintenance of simply refilling with e-liquid and changing the coils when needed, the PockeX is sleek yet refined and has remained many vapers favourite portable kit down the years. A high capacity 1500mAh battery provides a solid output which can last a whole day of vaping, whilst the vast choice of Pockex coils, as well as the compatible Nautilus X coil range, provides ample customisability. A straightforward threaded top cap refill and single button operation exudes user-friendliness, for a proven winner of a vape kit.

You know you’re going to get when you buy a Lost Vape kit: quality design, modern software and reliable build. The Lost Vape Ursa Mini pod kit is no exception. Designed for vaping on the go, not only is it compact, it also features a long-lasting 1200mAh battery. It’s also the ideal option for beginners, not only is it simple to use, a combination of variable wattage and a range of compatible coils means you can experiment with different vaping styles to find what’s right for you.

Change power levels between 5 - 30W at the click of a button and all information relating to power and battery life are displayed on a sharp OLED screen that’s easy to read. Compatible with the ever-popular Lost Vape UB Lite coils there are three option to choose from and thanks to a threadless design can be fitted easily. Take your pick from MTL or restricted-DTL vaping and experience a versatile kit that fits in your pocket.

The Crown pod kit does the simple but does it extremely well and efficiently. Powered by a large 1250mAh built-in battery, users will get a fair amount of usage between charges, whilst the inclusion of both an inhale and button activation gives choice over firing modes. You can also quite easily refill the 2ml Crown pod when still inserted into the device by simply removing the mouthpiece. The pods are available as either 1.0 Ohm MTL variant or a 0.6 Ohm alternative which delivers a restricted DTL inhale. Long-lasting, durable and discreet, the Crown is a royal choice of a vape kit.

The Uwell Yearn Neat 2 certainly stands out from the crowd with it’s stripped back aesthetic and it’s also incredibly simple to use thanks to inhale activation. A long-life 520mAh battery and fixed 12W output allow you to vape for longer between charges and experience a more consistent vape too. Built-in coil pods mean that messy coil changes are a thing of the past, the mesh build inside each can heat more e-liquid at a faster rate, in turn, offering improved flavour from e-liquids.

We’ve seen many well respected e-liquid brands delve into the hardware market unsuccessfully, however this definitely isn’t the case with the Dinner Lady Disposable Pen. Available in a wide range of flavours, including the bestselling Lemon Tart, these 1.2ml pre-filled  20mg salt nicotine devices feature no maintenance whatsoever; when the device has run out of e-liquid, simply dispose of it for a completely stripped back method of vaping.
Dinner Lady even state on their packaging the device is the equivalent of 20 cigarettes but we actually think it’s more and it’s cheaper!

There you have it, the top 10 best compact vape kits as chosen by our incredible customer base and team of vaping experts here at Vape Club. We hope this has helped, as we mentioned these are only recommendations so why not take a look at our wide range of compact vape kits.

Alternatively, for a more comprehensive breakdown of vaping as a whole, you may be interested in our beginner’s guide to vaping, explaining all there is to the world of e-cigarettes.

For any questions regarding compact kits, or any other enquiries concerning vaping in general, please don’t hesitate to contact us.

How To Vape Guides